Cellulite is one of the most talked about topics in women’s circles. Be it in offices, small group lunch meetings, and in online forums, there’s a whole bunch of women who are determined to find out as much as they possibly can about this condition. Here are some expert answers to the 5 most asked questions about cellulite:

What’s cellulite?
In medical terms, cellulite is known as adiposis edematosa or simply, the orange peel syndrome. It is characterized by the appearance of nodules and dimpling in the skin, but mostly in certain areas of the body such as the buttocks, the abdomen, and the lower limbs. The bumps and dimples are brought about by excess fat that are pushing against cords of connective tissues that are trying to push the fatty tissues down. The dimpling on the skin represents areas underneath where these connective tissue cords are pushing against fat. The bumps are areas where excess fat pushes outwards towards the outer surface of the skin.

What causes it?
In the past cellulite was believed to be a disease. However, studies show that approximately 9 in 10 women have it, leading experts to believe that it is more a physiologic response rather than a disease process. As such, cellulite can be due to a host of factors such as hormonal problems, stress, genetic factors, and problems in an individual’s circulatory and lymphatic systems. Whatever the cause, the end-result is always the same: there’s an increasing volume of excess fat trying to break away from the connective tissue screen.

What are the risk factors associated with cellulite?
Aging is one of the risk factors for developing cellulite. As the skin loses its elasticity, it also loses its ability to prevent fatty tissues from breaking out towards the outer layer of the skin. Weight gain and sedentary lifestyle also predispose one to cellulite because of the deposition of additional fat. The use of oral contraceptives has also been shown to play a role in the development of cellulite in some women.

Is there a foolproof way to get rid of it?
Despite what you may see from media, there is no foolproof way to get rid of cellulite; at least one method that will work on a great majority of sufferers. However, science has shown that losing weight, toning the muscles, and beefing up on proteins can help improve the appearance of cellulite. Sadly, once these efforts have been forgotten, cellulite eventually finds a way back.

If I lose weight, will I get rid of cellulite as well?
There is mounting evidence supporting the idea that losing weight can help get rid of cellulite. However, this can only be done by combining healthy, sensible dieting, weight training sessions, and regular cardio exercises. The idea is to reduce the amount of fat present under the skin and prevent the addition of new fat which can come from excess calories being converted into fat.
There are a million and one questions people have about cellulite. Suffice it to say that these 5 questions are at the top of their minds. 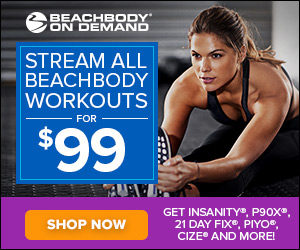